Home 'At the end of the day, it's a moral judgement'
Opslaan

Yes, or you may mandate a minimum, say so many PVT’s from a list, so they can’t manipulate the outcome just by picking the certain ones that are likely to produce a desired outcome. 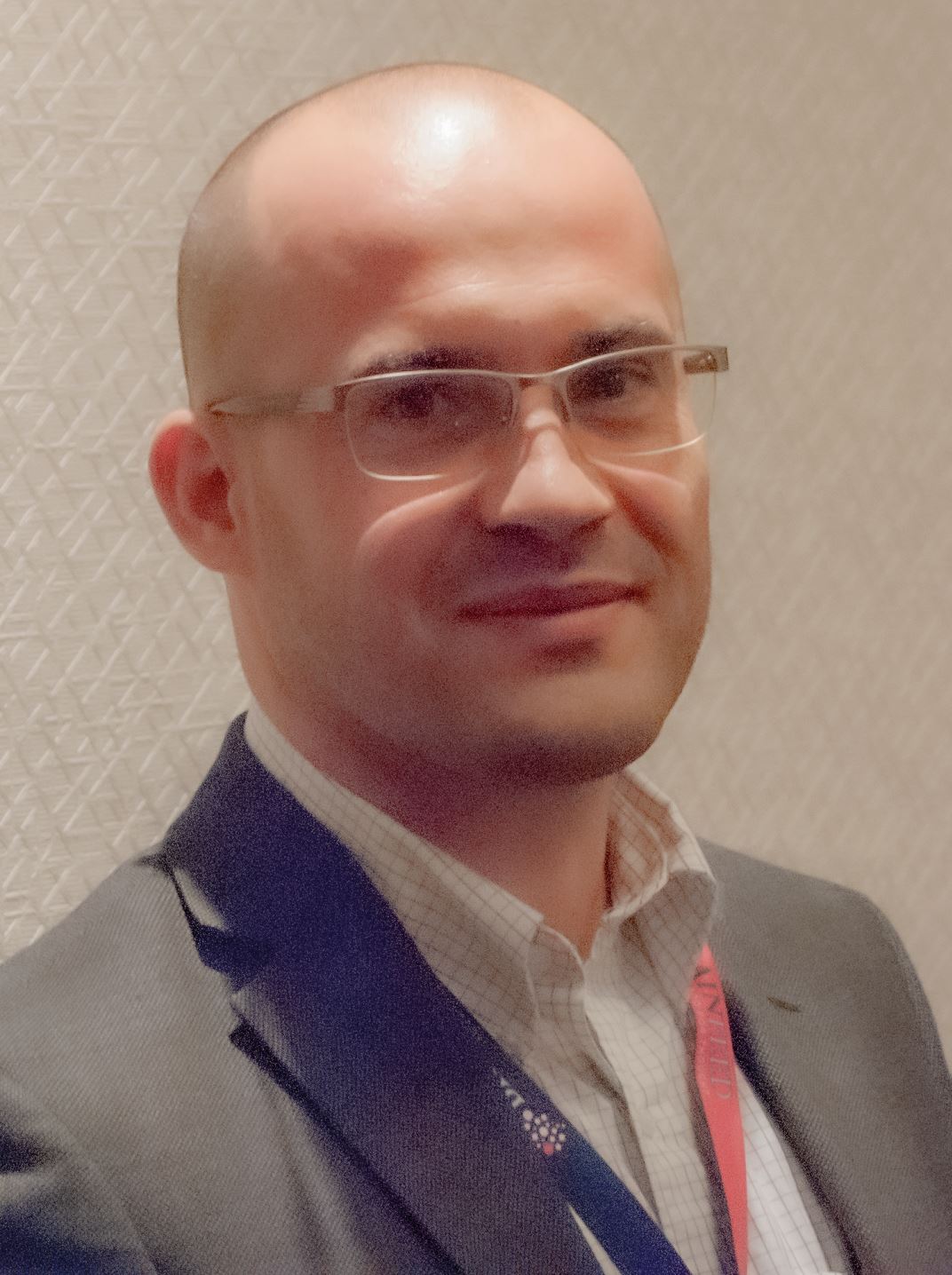 Should patients be instructed before a neuropsychological assessment?
Are people typically honest, or not? If you think people are normally honest, then say nothing.
The clients that we see, have been on medical leave for at least two years, many have other problems as well. The outcome of the test can play an important role in the social benefit they will receive.
The little evidence that is out there, from Merckelbach for example suggests that moral priming does not change outcome. If you tell people they should do their best, or even if you say you can tell if they don’t, you are in fact complicating the situation. The evidence suggests that people who want to malinger will still malinger, but will be more careful, and therefore, harder to detect.

‘Priming clients does not change outcome’

After introductions and social pleasantries, the opening statement for every assessment is ‘I’m going to do some testing with you. Some of these tests will be easy, some will be difficult, please try your best on all.’ That’s the standardised introduction of the Wechsler IQ scale, that is a good default instruction. I don’t see any reason to go above and beyond that.
Sometimes we tell people that they should do their best, because then we can measure what we need to know.
That’s all right. The outcome of a performance based test can only be manipulated downward. In other words you can’t pretend to have better memory than you do. Glenn Larrabee, one of the giants of PVT’s in the US, recommends to ask patients to report accurately: ‘if you have a lot of symptoms, say so; if you have very few, say so too; don’t exaggerate or minimize your problems, try to be as honest as possible’. Stick to neutral, non-specific, non-leading instructions.
Do you choose your tests differently according to level of education of clients?
No, but pre-morbid functioning is a strong predictor of everything. For example, I had a patient who was a physician. He had noticed small slip-ups at work. Nothing major, but he wanted to be assessed. He said ‘I love my job and I don’t want to retire, but I have enough money to do so, and I don’t want to be one of those people who waited too long to retire, and are now remembered for the mistakes they made in their last years, rather than their illustrious career’. In the whole battery, there was only one score in the Low Average range, on a memory test. Nothing alarming. For anyone else I would have said ‘you’re fine’. But we know that physicians, pre-morbidly, have very good memory. So I suggested to him he should probably retire. For anyone else his age it would be a great outcome, but for him it’s probably a warning sign.
When we design and calibrate PVTs, we go out of our way to make sure that legitimate reasons for low cognitive functioning, such as low level of education, won’t negatively impact test outcome. But in reality, underlying cognitive ability is a significant predictor of outcome. That’s why we should do more research on different populations. That’s another emerging topic: population-specific cutoffs.
Last year, I published a paper about validity cut-offs of PVT’s embedded within the Stroop test.3 My cutoffs were high, even for a high-functioning population, because they were specific to non-credible responding. Now, just recently, a group of researchers published a paper that argued that my cutoffs were too high (i.e., prone to false positives). So I read their paper, it was well-written, well-designed. I found a couple of technical issues that might explain the difference. I evaluated my own cut-offs in a new sample from Windsor, a cognitively lower-functioning population, and I found that the cutoffs that worked for the New England sample don’t work for the Windsor sample. It was a powerful reminder that cutoffs don’t always ’travel well’, so they should not be assumed to generalize to different populations.
In your lecture, you emphasised that clients who fail a PVT might regard that as an accusation of exaggerating or malingering, and therefore, as a condemnation of their moral character. Should insurance physicians take this risk of self-judging or self-stigmatisation into account?
I don’t know about self-stigmatisation. I do believe you should be more worried about stigmatisation by the evaluator. When patients feel they’re unfairly judged, it can lead to emerging non-credible responding.
I’ll give you an example. One of my patients told me, right out of the gate, that he hated doctors. His neurologist, after taking a quick look at him, had told him ‘you need is a haircut and a job’. I can understand why that neurologist said that, and he was technically correct, but saying it out loud not only doesn’t help, it’s outright counterproductive. In the first hour of testing, he was very guarded, and failed five PVTs, which is more than enough for me to stop testing and conclude that his profile is invalid. However, I continued with the assessment. Soon after the first hour, the patient became more comfortable, let his guard down, and his data were valid from that point on. So I based the report on his test data after the first hour. This is another example of psychogenic interference.

How you phrase things does influence outcome. You are the precedent for the next evaluation. If you come out too strong, if you use accusatory language, then the patient will clam up, becomes defensive and suspicious, and the next evaluator will have a harder time doing the assessment. Often, these complicated patients have been tested over and over and over again, often producing inconclusive results. Naturally, it’s a frustrating experience for them.
During my fellowship, I developed a routine to conclude my reports with ‘if you have any questions about this report, please contact me’. The patients that I suspected of malingering never called me. The patients who really wanted to know what was happening to them, who produced invalid data but without realising it, called me immediately upon receiving the report, demanding answers. So I saw them again to explain more about the results. Some of those sessions were really intense. However, these one-hour feedback sessions were my only opportunity to intervene, and change the course for the better. Many patients were dealing with undiagnosed complex trauma, were spiralling out of control, physicians didn’t understand what was going on and they didn’t know how to deal with it. Functional neurological disorders fall outside the expertise/scope of practice of most medical specialties.
I had a patient, a trial lawyer, with subclinical somatic, conversion-like symptoms. In court, just before delivering his closing argument, she had a complete black-out, for a few moments where she felt disoriented and out of place. She managed to collect herself, gave her speech and won the case, but she was terrified by this incident. Someone in her family had been recently diagnosed with Alzheimer’s, she had small children, her practice was expanding. She said: ‘I want to know what’s wrong with me, so I can plan accordingly’. She failed one PVT – the rest of her neurocognitive profile was intact. That made me understand why she was worried (i.e., inexplicable, intermittent cognitive failures), but luckily that rare moment of malfunction occurred on a test that has little to do with genuine memory problem. She had told me that she had PTSD, and I advised her to seek help for that. That’s a rare success story and a good example of therapeutic use of PVT. Unfortunately, the patient-centred use of PVTs is still a radical notion. You don’t use PVT’s to unmask a malingerer, but to better understand the patient.
As an example, I had a patient who was the victim of sexual abuse but was high functioning. She claimed a benefit because of severe cognitive failure. PVTs showed that she didn’t have cognitive problems, so her claim on those grounds were rejected, but she might get a benefit because of emotional problems at work due to the abuse.
In that case, I’d recommend therapy. This late in life she has a chance to let go of the impairment, and in the eleventh hour do something with her life – which in my view is much better than to maintain the victim status.
Psychiatrists aren’t so familiar with PVTs or SVTs.
I think that should change. Two or three decades ago, PVTs weren’t common in neuropsychology, and now they’re standard practice. Do psychiatrists have the time, the training and the interest to start doing PVTs? Probably not yet. There are some rare exceptions, of course: I met a psychiatrist in Windsor who knew PVTs and PVTs better than the average neuropsychologist.
Should insurance physicians be trained in PVT’s?
Yes, I think they should. A brief, basic level of training would be a good start. As much as a General Practitioner needs to know about cognitive functioning. What’s the standard of care? If the patient, or a family member, reports cognitive concerns, the physician notices naming problems, disorientation, a GP might do a basic screening test like the Mini-Mental State Exam of Montreal Cognitive Assessment, and based on the score, refer to a specialist.
One brand new instrument is the Inventory of Problems, the IOP-29.4 It’s one page of self-administered questions. The patient can answer true or false or ‘Doesn’t make sense’. It takes five minutes to complete. To score, the assessor types in the patient’s responses in a scoring software and receives a probability estimate of the psychiatric symptoms being credible or not.
You say we should always consider the probable meanings of PVTs.
That’s right: each PVT score adds a little more information to the overall clinical picture. Performance validity exists on a continuum – it’s only for practical reasons that we dichotomize it as Pass/Fail, valid/invalid.
We as insurance physicians have to weigh probabilities and finally decide yes or no. Ethical aspects can play an important role. What’s your idea about that?
You mean how should you handle the constraints of a dichotomous outcome? That’s a tough one. I recently argued for adding a third outcome, the ‘indeterminate range’ as a legitimate outcome to officially recognize and thus, legitimize ambiguous cases.5 Ultimately, it depends on local norms, rules and values. There’s a consensus in the western world that it’s better to let ten guilty people go free, than to lock up one innocent person. That’s why SVTs and PVTs are optimized for specificity. At the end of the day, it’s a value judgement – that ideally carefully weighs the cost, the pros and cons of each type of error – but it’s also a moral judgement.